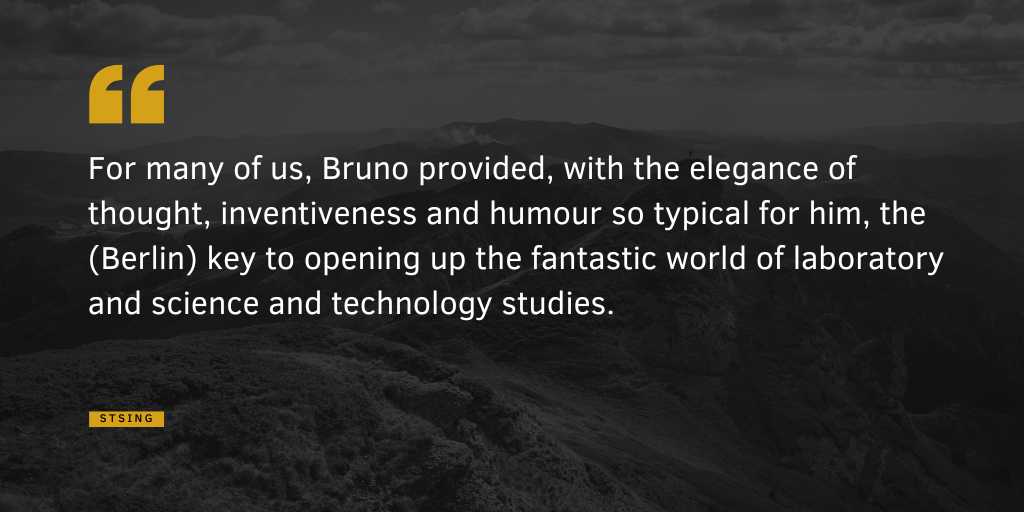 With great sorrow, we mourn the death of Bruno Latour, who died on 9th October in Paris. For many of us, Bruno provided, with the elegance of thought, inventiveness and humour so typical for him, the (Berlin) key to opening up the fantastic world of laboratory and science and technology studies. Throughout his joyful inspirations, we co-created a symmetrical sociology of translation, dived into the heads and bodies of scientists and engineers, and tackled the challenges of being misunderstood by positivists or critical scientists. By taking non-humans serious as equal epistemic partners and friends, he taught us the basic dancing steps with GAIA in-between nature and culture. Despite being un-modern, Bruno was a modernist on his own, relentlessly seeking possibilities of re-assembling heterogeneous beings and ideas to make the planet the sustainable “Ting” he cared so much for.

The board of stsing e.V.